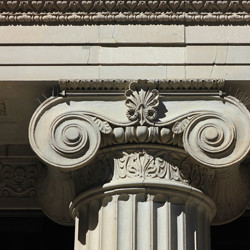 Join your Chicago Creative Coalition friends and their guests for a guided tour of Chicago’s Architecture in the Loop. C3 member Joey Korom will uncover the hidden secrets of the architectural gems in our great city including:

We will meet at 5:30PM at the Picasso on Daley Civic Center Plaza (Washington between Dearborn and Clark Streets). Dress for the weather (rain or shine!) and wear the proverbial sensible walking shoes. The tour will proceed south along Dearborn Street, turn north up LaSalle Street, and proceed north on Clark Street to the Chicago Riverwalk.

Then walk, cab or Uber to C3 member, Linda Levy’s home at 600 North Dearborn, #1702 for drinks and nibbles (rumor has it this will be dinner enough for any one’s taste).

About Joey Korom
Joey Korom is an artist, educator, architectural historian and author of nine books including the series “Chicago Hidden in Plain Sight,” “Skyscraper Facades of the Gilded Age” and “The American Skyscraper 1850-1940.”

Written by: Stephen B. Starr