Since storytelling is the universal human language, we will have fun creating our own stories. Steven will lead us through a series of exercises that position us to generate ideas for original, meaningful stories and characters. The exercises help people of all ages and disciplines become more effective, engaging storytellers. 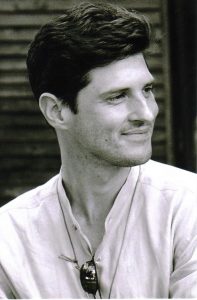 Steven Fischer is a two-time Emmy® nominated writer/producer/director who also shoots and edits. He is noted for artful personal stories that explore the human condition.

At 17, Steven was a working cartoonist noted for his beloved comedy team, Steve & Bluey, published in two books, on television through TCI Communications, and as theatrical radio specials. Under the guidance of his mentor, producer Steve Melendez (Peanuts, Fred Basset, and the Emmy®-winning The Lion, The Witch and The Wardrobe), Steven was introduced to the professional world of animation.

Register in advance for this program:
Zoom Registration Link

After registering, you will receive a confirmation email containing information about joining the meeting.